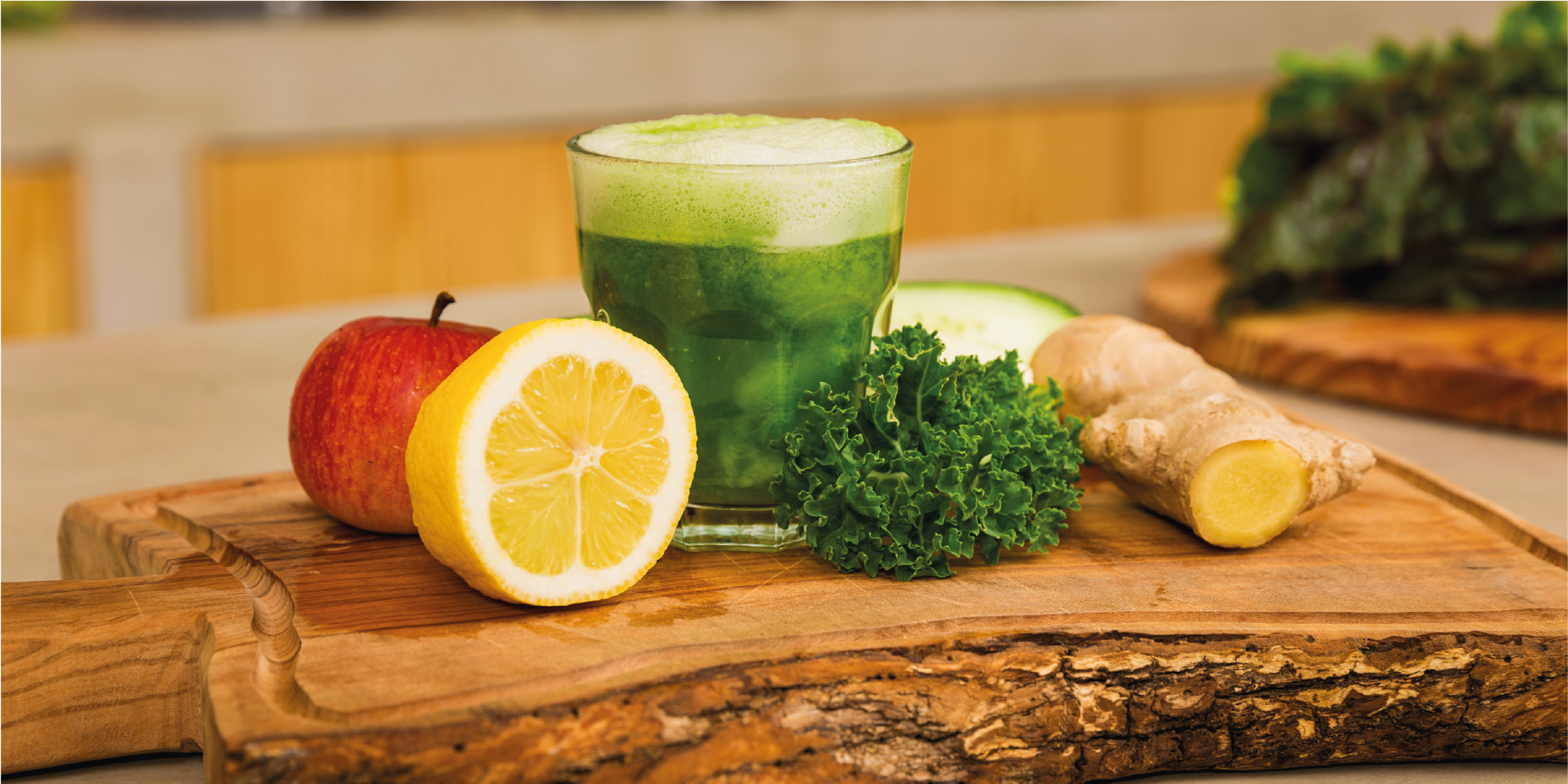 Detox diets, cleansing diets, and other procedures that claim to remove toxins from the body have become popular in recent decades. Celebrity doctors, media personalities, and next-door neighbors promote the idea that specialized combinations of juices, herbs, and supplements can help people lose weight and treat a wide range of conditions without the use of drugs. Such claims appeal to a growing number of people who prefer a natural approach to healing, including some Seventh-day Adventists.

This paper will briefly introduce what toxins are and how the medical profession treats known cases of toxicity. It will then describe detox diets and their claims, consider whether or not they work, cite potentially harmful side effects, and provide a recommendation in regard to their use.

Harmful substances have always existed in the environment, but since the beginning of the Industrial Revolution in the 18th and 19th centuries a wide variety of man-made toxicants have been added into the air, water, and soil. Examples of natural and industrial toxicants include poisonous mushrooms and mold spores as well as mercury, lead and other pollutants. Some of these natural and synthetic chemicals can be absorbed by the human body and accumulate in concentrations high enough to impair health or lead to death.

In response to acute cases of toxic poisoning, medical professionals have developed effective treatments like administering activated charcoal, which attracts poisons and prevents them from being absorbed by the body. Another intervention is called chelation, in which a compound is injected into the bloodstream in order to bind with and remove heavy metals like lead and mercury. Cases of toxicity in which a known poison is identified and targeted in these ways are not, however, the kinds of problems that detox and cleansing regimens generally purport to treat. Neither should detox diets be confused with professional treatment plans that help people break free from drug or alcohol addictions, which are also called detox programs.

Popular Detox Programs and Their Claims

The detox and cleansing programs that have become popular with natural health enthusiasts are based on the claim that we are continually absorbing toxins from our food and environment, and that these foreign molecules build up in our cells and intestines. Low levels of these elements in the body may not lead to acute cases of poisoning but they are alleged to decrease our overall health and vitality. To address this concern, a wide range of cleansing diets and detox regimens are already available, with promoters of detox diets and related remedies claiming that their treatments can help the body rid itself of these accumulated poisons and improve health in many other ways. Most of these plans limit the types of food eaten and include the use of herbs or supplements to increase the cleansing and detoxifying effect. Some programs add other procedures like coffee enemas, body brushing, saunas, and foot baths. (5,11)

The appeal of cleansing diets and associated treatments rests on two premises, each of which needs to be evaluated in order to assess how useful the programs may be. The first is the assumption that the human body does indeed accumulate natural and man-made toxins, and that these toxins will negatively affect health. The second is the claim that the body’s own organs of elimination do not adequately remove these foreign materials but require the aid of the various cleansing therapies, which are assumed to be effective.

In regard to the first premise, it seems likely that individuals in the modern world are indeed exposed to toxic chemicals, and that trace amounts of those compounds do accumulate in the body. According to one author, most people “have accrued varying degrees of assorted toxic pollutants” in small but measurable amounts. (9) Further research is needed to determine which levels of these various environmental toxins lead to adverse health effects, but given the presence of these chemicals in the environment and in human tissue, the US Centers for Disease Control and Prevention (CDC) and other agencies promote measures aimed at detecting and preventing exposure to environmental toxicants. They also encourage research into the long-term effects of low levels of toxins and recommend continuing education so that medical professionals will be better equipped to recognize symptoms of toxicity and apply evidence-based treatments. (3, 4)

In regard to the second premise, the human body itself has a magnificent set of organs and organ systems for removing toxins. Enzymes in the liver and immune cells in the digestive tract facilitate much of the body’s normal detoxification system. The stomach, skin, kidneys, and lungs also play their part in a complex and continuous process of capturing, transforming, and transporting harmful substances out of the body. Survival would be impossible otherwise. The pivotal question, therefore, is whether or not the popular detox diets and procedures add any proven benefit to the body’s built-in detox mechanisms. (8, 10)

To date, there has been no reliable, research-based evidence showing that the detox protocols do what they claim to do. People who try them out often report feeling better, and it is important to acknowledge that. However, reports about personal experience are not the same as scientific evidence. Personal stories (called “anecdotes”) can be very persuasive and may even generate ideas for research, but anecdotes alone do not carry the same weight as experimental data for at least three reasons. (6, 10)

First, scientific research is almost always designed to focus attention on one factor and outcome at a time. The popular detox programs, by contrast, often deploy a combination of interventions all at once, like fasting, abstaining from alcohol and meat, introducing special foods or juices, increasing fluid intake, taking supplements, exercising or resting more than usual, and maybe even getting a massage. It would require a massive study involving large numbers of participants to account for all these factors so that researchers would be able to pinpoint which inputs led to which outcomes.

Second, the fact that participants report feeling better after trying detox protocols does not prove that any toxins had been removed, and yet that is the central theory behind all detox programs. A sense of increased well-being may be due to any of the behavioral changes listed in the last paragraph or additional factors like the placebo effect and eating fewer calories. Plus, if participants follow the detox regimens in a group or retreat setting then the extra social support and attention may also be contributing factors. (5, 11)

Finally, proponents of the popular detox regimens seldom if ever identify exactly which alleged toxins their treatments are said to eliminate. They also fail to measure the levels of these purported toxins before and after treatment and therefore cannot produce definitive results showing whether or not their methods have worked. The lack of properly conducted studies means that their claims can neither be proven nor, strictly speaking, disproven. As one review of the research concluded, “To the best of our knowledge, no rigorous clinical investigations of detox diets have been conducted. The handful of studies that have been published suffer from significant methodological limitations including small sample sizes, sampling bias, lack of control groups, reliance on self-report, and qualitative rather than quantitative measurements.” (5)

In other words, even if it were the case that the detox plans or some feature in them do help the body eliminate toxins, that has not yet been scientifically demonstrated.

It should also be noted that one of the most common premises on which the detox theory rests is an idea called “auto-intoxication” which claims that fecal matter accumulates in the large intestine and that the waste products of digestion are then reabsorbed by the body, poisoning the system. This notion has been around since the times of ancient Egypt and Greece, and periodically regains popularity. However, though the concept might seem sensible, it has no basis in science or physiology. While it is true that severe cases of constipation can lead to headaches and other maladies, those effects are not due to reabsorption of toxins but to physical distention of the intestine. And even in extreme cases of constipation, doctors have observed that the lining of the intestine remains smooth and self-regenerating.

Safety and Side Effects

While on the topic of evidence, it is important also to consider whether the detox diets and treatments have safety issues and harmful side effects. For example, one procedure that is sometimes recommended together with detox diets is called colonic irrigation, in which large amounts of water are used to flush the intestine. (6) This practice is associated with a number of known health risks, some of which can be serious and even deadly. Colonic irrigation (or simply “colonics”) can lead to nausea, vomiting, electrolyte imbalances, and changes in the composition of intestinal flora. If instruments used in the procedure should puncture the intestine, which does happen, the result can be a life-threatening case of blood poisoning. (6, 11)

Aside from supplemental treatments like colonics, the detox diets themselves can have potentially harmful effects. They can be physically uncomfortable, accompanied by “headaches and other aches and pains, fatigue, skin eruptions, emotional irritability, gas, tight muscles, yawning, temporary stopping of menstruation, and temporary constipation or diarrhea.” They can also cause dehydration, deplete essential nutrients, and interfere with the action of prescription drugs. (10, 1) More serious than discomfort, relying on detox programs in place of standard medical care sometimes leads people to postpone effective treatment for critical health conditions, which can then worsen.

In addition, the National Center for Complementary and Integrative Health says that the kind of unpasteurized, untreated juices often used in cleansing regimens can “make people sick” and lead to illnesses that can be especially “serious in children, elderly people, and those with weakened immune systems.” It reports that “The U.S. Food and Drug Administration (FDA) and Federal Trade Commission have taken action against several companies selling detox/cleansing products because they (the products) contained illegal, potentially harmful ingredients” and “were marketed using false claims that they could treat serious diseases.” The site also states that “drinking large quantities of juice may be risky for people with kidney disease.” (1)

Cleansing and detox diets are popular among people who prefer a more natural approach to healing. The idea of helping the body eliminate harmful substances by fasting or using herbs and supplements can seem reasonable too, especially when friends and celebrities lend their endorsement. However, Seventh-day Adventists who consider using these diets and related treatments should keep in mind that the human body already does a fine job of eliminating toxins, and that detox diets and treatments have not been shown to add measurable benefit. Moreover, they are based on unproven premises, and are associated with serious side effects.

For all these reasons, the General Conference Nutrition Council strongly advises against the use of detox diets and related procedures. Pregnant women and those suffering from known health issues should especially avoid them, and anyone who may nevertheless decide to try a detox program should certainly not neglect or postpone standard medical care, especially when they are facing life-threatening illnesses. Church members interested in living a naturally-healthy lifestyle can aid the body’s own detox system by eating a plant-based diet, exercising regularly, and avoiding harmful substances. Instead of relying on questionable “quick fixes” they can focus on long-term principles of healthy living and support measures to clean up toxic waste sites and protect the environment from further pollution.